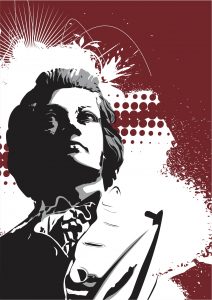 Living off his music and known for spending money lavishly as soon as he received it – even if it meant long periods of financial struggles – Mozart was arguably a rock star long before the term was even invented.

With this reimagining of his famous Requiem Mass into a rock spectacle, Mozart gets the rock star treatment he deserves.