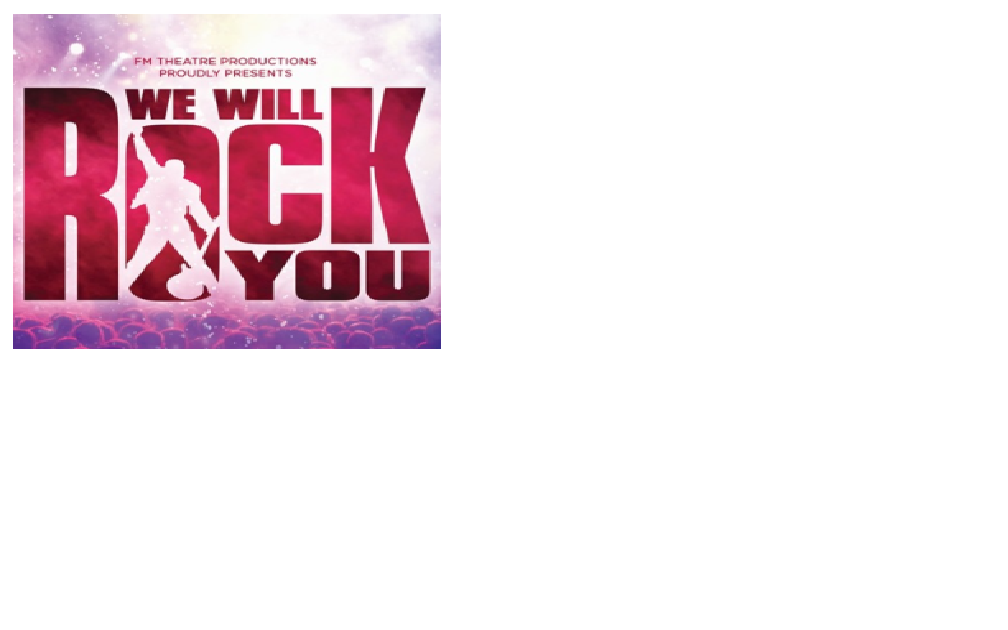 We Will Rock You Musical

From the Producers who brought you the recent sell out successes My Fair Lady, Mamma Mia!, Fiddler on The Roof and countless Pantomimes – FM Theatre Productions are back with We Will Rock You – The Musical By Queen and Ben Elton.

Based on songs by the timeless British rock band Queen, We Will Rock You is one of the longest-running musicals on London’s West End, and has been produced in six continents. Featuring huge hits like Radio Gaga, Somebody To Love, Bohemian Rhapsody and of course – We Will Rock You.