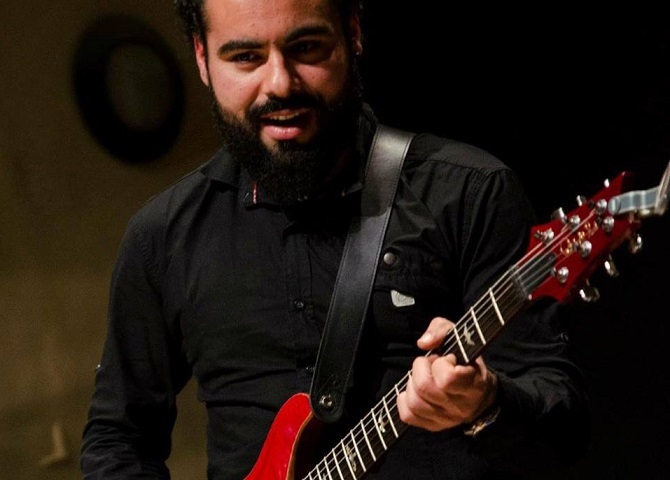 “Blues is a unique style where it lets you close your eyes and play without thinking about theory and other stuff that makes your playing sounds too technical.”

Maltese guitarist Marc Galea is a session guitarist, RGT Registered Tutor, and principal at the Euro Institute of Music in Hamrun. He published his guitar book titled, A Step by Step Approach for the Modern Guitar Player. Marc started learning classical guitar at age 11 but immediately exchanged it for an electric guitar after hearing Brian May play. Following a trip to UK to see Joe Satriani in concert when he was 16 years old, he decided to take up guitar professionally and set about studying with intent and practicing with his first serious band Juicy Affair. In 2001 he held a teaching post in the state school Malta Society of Arts in Valletta. At that time he was also rehearsing and gigging with the rock band Lunatic, who recorded the single In My Dreams. In 2002 Marc went to the UK to study with leading guitar tutor John Mizarolli.

Since meeting Maltese jazz guitarist Sandro Zerafa and taking lessons with him, Marc started delving into jazz styles. He attended a Berklee University summer jazz course in Italy (2005) where he studied with Jim Kelly and Mark White. He also encountered renowned jazz guitarist, and future tutor and collaborator, Luigi Tessarollo. After listening to Marc’s single Dusty Sunbeams, Tessarollo was interested in working on a project together. 2009 was another busy year for marc since he had a chance to work again with Phil Hilborne and Neil Murray (Black Sabbath, Whitesnake, Brian May, Gary Moore). During 2010 Marc had also a chance to work with one of his teen’s idol rock singer of Krokus Marc Storace. In June 2011 Marc has launched his album ‘Easy Dialogue’ at the St. James Cavalier. He also works as a session guitarist in the studio for various local artists and currently plays regularly with Versatile Brass Band under the direction of Mro. Paul Borg.

Read the full interview using the link below: